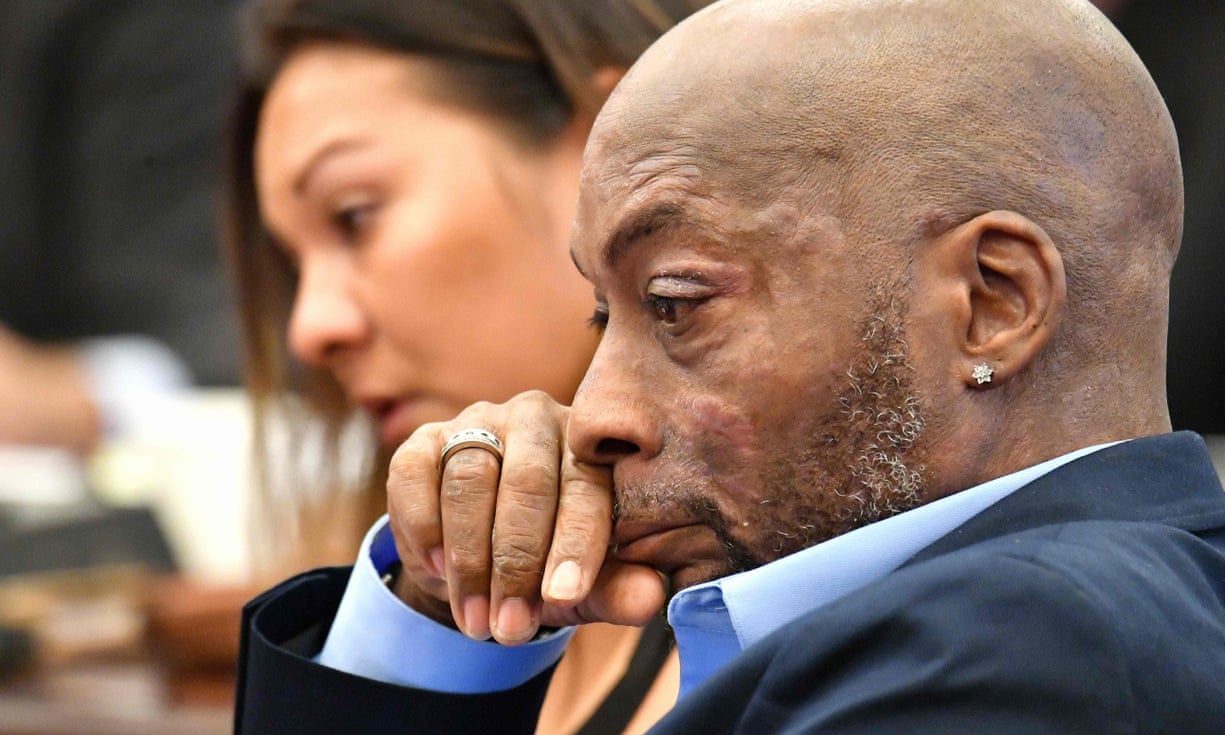 A US worker stricken with a life-threatening cancer he believes was caused by his use of the pesticide glyphosate is taking its manufacturer, Monsanto, to court. The case of Dewayne Johnson v Monsanto Co is now underway in a San Francisco, California federal court, two-and-a-half years after the lawsuit was filed.

Johnson (above), a former school groundskeeper whose doctors believe may have little time to live, began his job in 2012. The work involved regular applications of Monsanto’s herbicide Roundup, whose active ingredient is glyphosate. In 2014, aged 42, he was diagnosed with the rare blood cancer Non-Hodgkin’s lymphoma (NHL).

“I’ve been going through a lot of pain,” said Johnson, a father of three who goes by the name Lee. “It really takes everything out of you … I’m not getting any better.”

Exceptionally, the presiding judge has ruled that jurors may consider evidence concerning Monsanto’s efforts to conceal the potential toxicity of the product in reaching a verdict.

In addition to the Johnson case, some 4,000 claims alleging that glyphosate exposure led to Non-Hodgkin’s lymphoma have now been filed in US courts. Virtually every significant agrichemical company sells a glyphosate formulation. Monsanto is now fully owned by German chemicals giant Bayer. This means the scope of potential liability for glyphosate makers is enormous.

Johnson’s lawsuit contends that Monsanto “championed falsified data and attacked legitimate studies” of the toxic effects of glyphosate and led a “prolonged campaign of misinformation” to convince governments, consumers and farmers that the product was safe.

Johnson, 46, took the stand in a crowded courtroom and said he was excited when he first got a job as a groundskeeper and pest manager for the school district in Benicia, a suburb north of San Francisco. Part of the work, which began in 2012, involved spraying herbicide to control weeds on school grounds – sometimes for several hours a day.

Although he wore extensive protective gear while spraying, he was often exposed to the Roundup and Ranger Pro chemicals, both glyphosate-based Monsanto products, due to “drift”, he testified. “You were getting it on your face everyday,” he said. “It was kind of unavoidable.”

Johnson described two incidents in which he said he was badly exposed to the chemicals due to mishaps and leaking while spraying, including a hose breaking. “It got on my clothes, got on everything,” he said of one incident, noting that before his cancer, he had “perfect skin”, but after he started spraying and suffered exposures, he got sick and began seeing rashes, lesions and sores all over his body. “I’ve had it bad everywhere.”

Monsanto has been promoting its glyphosate formulations as harmless since they were first commercialized in the 1970s. Promotion intensified in the 1990s when glyphosate sales skyrocketed with the introduction of Monsanto’s genetically modified soy, corn, cotton, rapeseed (canola) and sugar beet varieties engineered for glyphosate resistance.

But the misinformation campaign went into high gear after the World Health Organization’s International Agency for Research on Cancer (IARC) released a report in March 2015 classifying glyphosate as “probably carcinogenic to humans.”

Internal company documents obtained by Johnson’s attorneys were publicly released in a pre-trial procedure in March 2017. They formed the basis of the investigative report, ‘The Monsanto Papers’ published by Le Monde in June 2017. More documents were unsealed and became publicly available in August 2017.

According to the global food and farming union federation IUF: “The expanded Monsanto Papers document a copiously funded, systematic effort to discredit the work of the IARC and ultimately choke off funding, operating through a network of propagandists, front groups and right-wing ‘think tanks’ linked to the chemical, agrochemical and food industries and their lobbyists.”

IUF adds: “Monsanto threatened independent scientists, planted ghost-written articles in academic journals and intimidated and sought to capture (often successfully) regulatory bodies at every level. With the advent of the Trump administration and a US Environmental Protection Agency committed to eradicating worker and consumer safety protection and environmental regulation, the campaign broadened into a wider assault on public health, toxicology and cancer research.

“The Monsanto Papers trace the organisational links between the glyphosate operation and corporate efforts to combat regulation of the other toxins which permeate our workplaces and our lives.”

Monsanto has recently redoubled its offensive to try to silence its critics. Earlier this year, in connection with another, similar US lawsuit against it, Monsanto lawyers demanded that the online campaign organization Avaaz turn over all internal communications referencing the company or glyphosate “without limitation.”